Breakfast With Change Makers from CEE

May 31 – June 2,  The European Foundation Centre Annual General Assembly Conference took place in Warsaw. TechSoup and The Unit for Social Innovation and Research “Shipyard”  organised Breakfast with change makers from CEE, during which invited activists from grass-roots organisations, local communities, citizens movements, and social hackers from CEE were presenting their work around mobilising citizens against social apathy.

It was a unique chance to listen, watch and even touch the stories from Bosnia & Herzegovina, Hungary, Macedonia, Poland, Russia, Ukraine and also from international movements. Our venue was divided into four thematic spheres: Transparency, Solidarity, Civic activism and Education and Youth. Here are short descriptions of our presenters:

ACTION SEE (Accountability, Technology and Institutional Openness Network in the South East Europe region) is a network of civil society organizations that jointly work on promoting and ensuring government accountability and transparency in the SEE. They were talking about turbulent times of democracy in that region.

The Civil Network “OPORA” is a non-governmental, non-political and financially independent nationwide network of public activists in Ukraine. Learn their story how they have teamed up to enhance public participation in the political process by developing and implementing models of citizens’ influence on the activities of state and local government in Ukraine.

Metamorphosis Foundation mission is to contribute to the development of democracy and increase the quality of life through innovative use and sharing of knowledge. Activists from Macedonia presented the Media Fact Checking project and the Picodemocracy tool for citizen engagement.

The Panoptykon Foundation is an initiative of a group of engaged lawyers, to express their opposition to surveillance. Its mission is to protect fundamental rights and freedoms in the context of fast-changing technologies and growing surveillance. Panoptykon showed a small group of people located in a random place like Warsaw what can do about surveillance. Action Your Vote supports the inhabitants of the whole of Poland in action for their local communities, in cooperation with local authorities. It reminds residents that they have right to impact on local government decisions and local government should hear residents voice, because residents have the right to co-decide what is going on around them. Since 2002, more than 1,700 groups, organizations and institutions from over 850 municipalities in Poland have participated in the Action.

Akcja Demokracja aims to bring people together to create a better, fairer society. Akcja Demokracja believes that we can create long lasting change by people powered actions. As a member-driven and multi-issue organization, our members take action on the issues that are important to them, whether that’s campaigning on climate change, human rights, health or on economical justice issues. The organizing model followed by Akcja Demokracja applies core principles of traditional community organizing with a digital-age twist. Since launch in late 2015, our mailing list has 250k people.

The city is ours

A Warsaw-based urban movement, born in 2013. It stands up for transparency in local government and administration, as well as for sustainable development of the city of Warsaw. Its activities focus on a number of issues, including: ‚wild’ reprivatisation, clean air, conservation and restoration of landmarked buildings, protection of green spaces, sustainable transport and pedestrians’ safety.

Code for Poland is a community searching for technological solutions to societal challenges. They will show you joined project in Code for Europe partnership – Transparet Water and a civic tech tool – Tree Map for Warsaw that allows residents to protect and look after the trees in their living area.

It is a social movement which was created in response to the dramatic air quality in Krakow, one of the largest Polish cities. It is the first civic initiative in Poland aimed at combating air pollution. Its activities and successes in Cracow have become a model and an example for other smog alarms, which together with KAS are associated in the nationwide movement of Polish Smog Alarm. At the KAS stand you will be able to watch a short educational video, listen to a short story and learn about the organization’s activities in Krakow, but also about national events and happenings. A civil march for peace from Berlin to Aleppo. Civilians all over the world who can’t stand doing nothing anymore during the biggest humanitarian crisis of our time decided to use the power of peaceful protests. One of the march pariciapnts came to show movies, testimonials and stories from the road.

Community of Sant’Egidio focuses on building bridges of friendship with the most marginalized and vulnerable members of society – homeless, elderly, refugees. We want to be their voice in the society, contribute to tearing down walls of prejudice and hatred and encourage young people to selfless solidarity.

Refugees.info
The http://uchodzcy.info is the biggest Polish web portal launched with the mission of raising social awareness about refugees in Poland and in Europe through fact-checking, propagation of reliable knowledge and combating stereotypes. It also functions as a guide on various possibilities of engagement and support for refugees. It gathers information on all actions taken up in Poland in order to help refugees. The related Facebook profile uchodzcy.info is the biggest Facebook page in CEE dealing
with refugees-related fact-checking.

The Great Orchestra of Christmas Charity Foundation has been supporting paediatrics since 1993 and improving the level of care offered to patients in geriatric and long-term care units since 2013 by the purchase of state of the art medical equipment for public hospitals in Poland. The Foundation finances and runs six nationwide medical programmes and one educational programme.

The Foundation for Social and Economic Initiatives (FISE)

Since 2009 FISE runs Social Economy Support Centre, where they incubate social enterprises. They invite you to social twister game where you can discover their activities and social entrepreneurs. They took you on a tour around Mazovian social economy sector! Citizens for education is affiliation of non-governmental organisations in the field of education. They try to shape public education policies, they prepare opinions and expert opinions on the quality of educational change in Poland, they work with parents, pupils and teachers.

The largest non-profitable corporation in SEE region, has developed a virtual incubator for social businesses, for testing and developing business ideas with excellent consulting and financial support. Activists presented Mozaik’s 10 year strategy, aiming at developing a breakthrough generation of social entrepreneurs who will create new social and economic value, create new jobs and serve as a role models to other youth in the region. 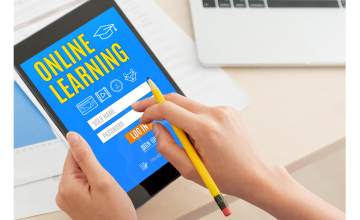 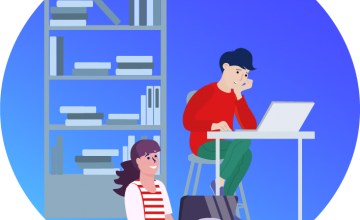