Fake news presented as facts, fiction as reality and (mis)use of principles and standards that are the basis of good journalism were the topic of the 12th international conference “E-Society.mk: Fact-Checking and Influence of New Technologies on Journalism”, which took place on January 31, in Skopje, Macedonia. It was organised by Metamorphosis Foundation.

TechSoup Europe Macedonian partner Metamorphosis Foundation, aims to raise awareness on the importance of responsible journalism to decision makers on national and regional level. They are doing this by bringing together experts, journalists, public officials, and other relevant stakeholders through lectures, conferences, seminars, open debates and online forums.

As part of this mission, Metamorphosis Foundation organises the International Conference e-Society.Mk annually on a different topic.

During this year’s event, the participants talked about the importance of media fact-checking as it relates to the fight against fake news from the perspective of respected journalistic standards.

– The Media Fact-Checking Service is a great tool for educating citizens to recognise truthful and quality information, hence to contribute toward democratisation of society –  Bardhyl Jashari, director of Metamorphosis Foundation.

James Stein, mission director of USAID Macedonia, said that the categories of news, facts, fiction, propaganda are becoming more and more intermixed and it’s becoming harder to distinguish between them.

– Media literacy is very important for the development of democracy, and ethical media help us understand the environment we live in. Macedonia isn’t an exception, thus, the Media Fact-Checking Service plays a more and more important role. By supporting the Service, we support independent, credible and accurate journalism, as well as journalism based on facts and respected journalistic standards – James Stein, mission director of USAID Macedonia. The president of the Commission for Complaints at the Council of Media Ethics of Macedonia, Mirche Adamchevski, stated that the ethics in media has become worse, according to the experience with complaints they’ve had so far. More than 70 percent of all complaints are related to the neglect of the basic journalistic rule of checking the information’s accuracy. Moreover, there are also multiple examples of violation for the respect of privacy, hate speech, mixing of facts and comments.

Since its beginning, the Media Fact-Checking Service has published more than 4.000 articles such as reviews, analyses, and journalistic lessons. The Service’s main goal, according to Metamorphosis’ program director, Filip Stojanovski, and the editor, Vladimir Petreski, is the promotion of media literacy, which will empower citizens to demand responsibility and respected journalistic standards from the media. The regional experience with similar projects, for instance the websites “Istinomjer” from Bosnia and Herzegovina and “Istinomer” from Serbia, confirm the importance of such fact-checking services for raising media literacy and journalistic standards, as well as for differentiating fake information from the truth, news from fiction.

Alongside these speakers,  Peter Pomerantsev, British media expert, addressed the audience via video call during the event, and also Alexios Mantzarlis, director of the International Fact-Checking Network, prepared a video message for the attendees. In addition, three parallel workshops took place during the second half of the conference, and the entire event was streamed live via http://vozivo.mk. The conference was organised within the framework of the USAID Project for Strengthening the Media in Macedonia, a component of the “Media Fact-Checking Service”, implemented by Metamorphosis Foundation. The complete video recording of the conference is here: 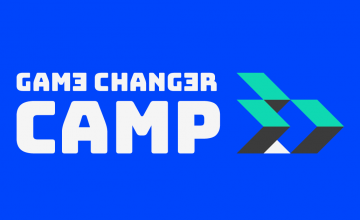 Game Changer’s CAMP is a free interactive 4-day ONLINE event coming 13-14, 20-21 October 2020. This is an inclusive and participant-driven unconference that examines and strengthens the relationship between online and offline technology and tools, and organisations working to address radicalization and polarisation among young people. Mission Our aim is to gather and build a network of […] 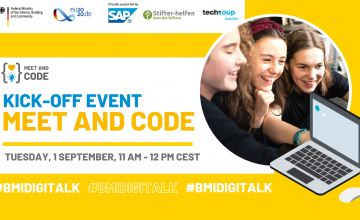 Meet and Code Kick Off 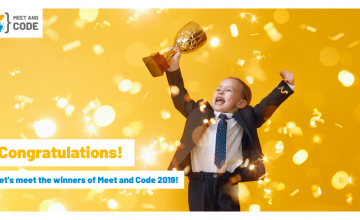 Winners of Meet and Code Awards 2019

Meet and Code 2019 has come to an end with Virtual Awards Ceremony. Lots of inspiring projects and progressive ideas were brought to life within the Meet and Code project. Today we met the best ideas in four categories: Community, Diversity, Girls Do IT!, Code for Planet.   Scheduled to take place in Budapest during the month […]