One Year into Changing the Game

Game Changer is nearly one year under way and we are finally starting to see the fruits of our labour both in our tools as well as the work being done by our aspiring young leaders – Ambassadors of Change (AoC). Check out their social campaigns!

Game Changer is an international project funded by the European Union utilizing innovative technology and cross-sectoral cooperation to empower NGOs and youth leaders to respond to the growing trend of radical and/or extreme behaviour in young people throughout Europe.

Game Changer will promote tolerance, respect and civic engagement among young people to prevent polarization within communities. Through education and the use of online social media campaigns and offline Social City Games Game Changer will encourage youth to be more accepting of cultural differences, personal preferences and to engage in dialogue to eliminate cultural and lifestyle misconceptions. 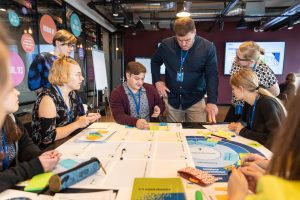 Through all our time and hard work, the Game Changer team has put together first versions of a State of the Art Analysis, a 2nd version of AoC Social Media Training Handbooks, a Communication Manual, an Evaluation Framework and a Social City Game Configurator Manual; all of which will contribute to a final product that will allow and empower NGOs to guide youth to make the changes they want to see in their own communities. All of these tools will be made available later this year in our attempt to further scale and test our tools.

Of Game Changer’s tools, the most traction has come from the AoC Social Media Training Handbooks (created by RNTC, and what we will focus on for the purposes of this blog) which have guided AoC in France, Greece and Poland to strategise, develop and begin implementing their pilot campaigns. Their campaigns cover a wide variety of topics, which they chose based on grievances they see and feel need to be addressed in their local communities.

These campaign topics are each selected by AoC in their respective countries and are supported by Association Artemis in France, Logou Paignion and Impact Hub Athens in Athens and Civis Polonus in Poland. Each organisation is supporting these campaigns as follows: 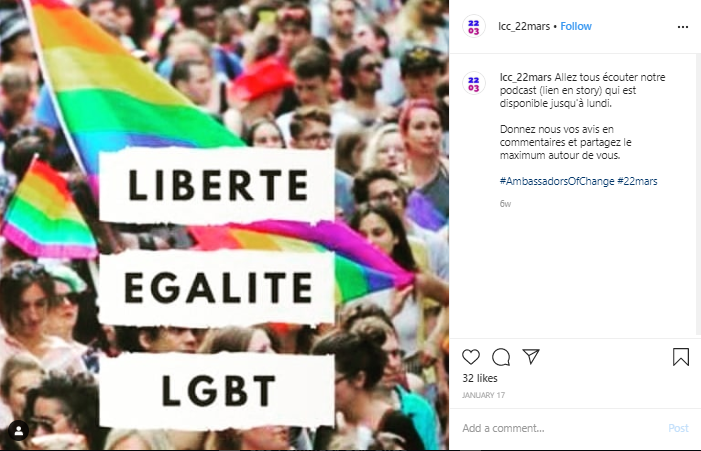 Both groups are using Instagram and are using the hashtags #22Mars to push for the “fight to continue” or le combat continue in French.

Association Artemis will also use March 22nd as an opportunity to play Game Changer’s very own Social City Game, which will build upon the work their AoC have done to inspire change, engage in meaningful and open dialogue and to pilot ExploreIT’s very first LGBTQI+ game accompanied by a game focusing on the topic of racist speech/ideas. 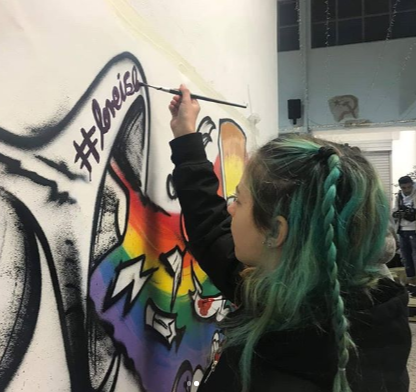 Logou Paignion and Impact Hub Athens are supporting two AoC that are influencers in their own right. Combining for a total of nearly 2,500 followers on Instagram, these two AoC will similar to their French counterparts will create 2 campaigns that will begin as pilot campaigns and eventually morph into their final campaigns once they sift through understanding who they were intending to reach versus who they actually reached and better understanding what content worked and what didn’t.

Greek campaigns will focus heavily on addressing hate speech targeting the LGBTQI+ community, but also focus on the general aspect that #LoveIsLove and people should feel free to love whomever they choose and express love in a way that suits them. These campaigns will be run through these influencers private accounts and will utlise the hashtags #LoveIsLove, #GameChanger and #ChangeintheStreet.

Like France, these AoC’s campaigns will lead up to more Social City Games organized by Logou Paignion and Impact Hub Athens. These games will build upon the first ever Social City Game addressing the topic of LGBTQI+ discrimination, hate speech and other relevant actions taken against the LGBTQI community. Each game played related to the topic of LGBTQI+ discrimination will only further our understanding of creating the most impactful game. 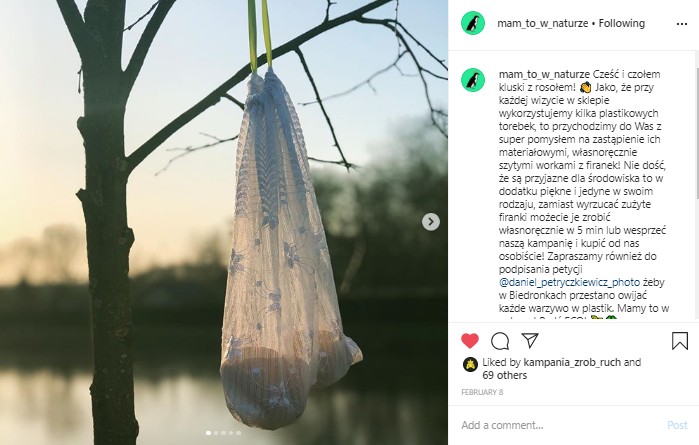 Thanks to Civis Polonus, Game Changer Poland was able to recruit 18 AoC, who will create a total of 8 social media campaigns (4 pilot, 4 final). Unlike France and Greece, these young people come from various regions of Poland. Siedlce (using #mamtownaturze), Góra Kalwaria (using #obcemupowiesz), Wesoła and one group to be determined will comprise Poland’s AoC.

Poland’s AoC identified the necessary change in their community to address topics of bullying, hatred toward ECO initiatives/activism and empowering youth that tend to be isolated/antisocial. In the spirit of doing things differently, Civis Polonus was also able to recruit a one group of AoC quite a bit younger (13-14 years old) than the rest of the AoC (16-18).

With the support of 2 social media experts, these 18 AoC will create visually appealing content in hopes of attracting their local peers and stimulating conversation and dialogue to open people’s eyes and minds to the issues mentioned above.

Game Changer is building a network of experts and NGOs to develop and scale-up social campaigns addressed at young people. If you are interested in learning more about Game Changer, subscribe to our newsletter. 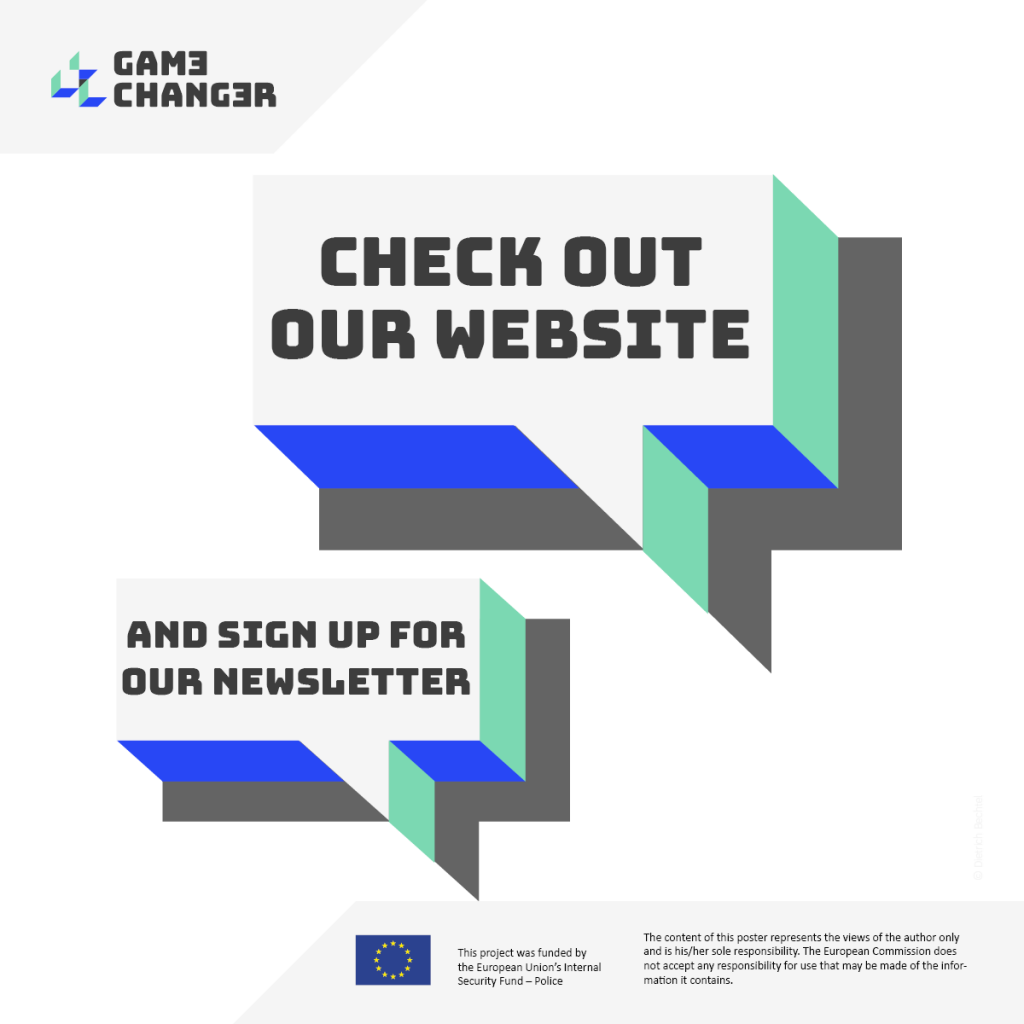 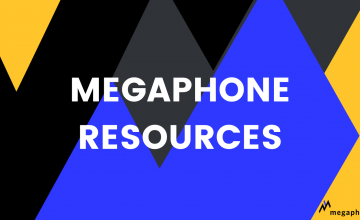 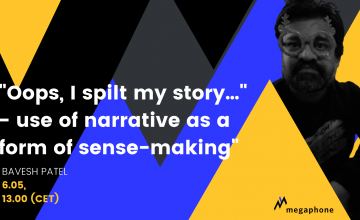 #MEGAPHONE 2021 RESOURCES: Use of Narrative as a Form of Sense-making

As well as being Homo Sapiens, we are also Homo Narrans! We tell stories, we live in stories, we use stories to describe our individual and collective identities, and stories are fundamental to the way we give meaning to our world. Watch the recording of a webinar from May 6, 2021, led by Bavesh Patel […] 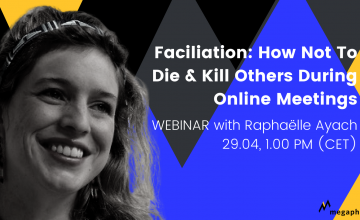 Have you had enough of yet another confused and ineffective online meeting? Now is the time to change that! Watch the recording of the webinar with Raphaëlle Ayach “Facilitation: How Not To Die & Kill Others During Online Meetings” from April 29, 2021.  KEY TAKE-AWAYS: How to “run the show”, from planning a great online meeting to implementation  How to […]