The voting for the winners of Apps4Cities Challenge has ended. On the 2nd of December in Kyiv, the Apps4Cities Challenge winners were announced during an Award Gala.  Four winning teams received certificates and cash prizes of $3,000 each. They were also invited to take part in an incubation process. Three winners were determined by the jury, while one team was selected by the people through online voting.

“Directly”, “Open School”, “AllMuseums” and “Electronic system for monitoring utilities usage” – these four are the winning applications of Apps4Cities Challenge, which was organized by the Civil Network OPORA and TechSoup Europe supported by the National Endowment for Democracy (NED).

The format of the competition gave everyone an opportunity to develop services which would be useful to city inhabitants and encouraged cross-sectoral cooperation between team members and a variety of different community stakeholders. All teams developed their products based on publicly available data. In addition, a Partner of the Challenge – Itea Academy – awarded a separate special prize to the “Good school” project. Itea offers comprehensive educational programs covering diverse areas of IT. Itea’s spokeswoman Marina Lyudvychenko said that the company chose an educational project because of their shared focus on education:

School Good is an application that will help choose the best school, creating rankings based on publicly available data on the educational level, the crime situation in the area of the school, the number of teachers and students, results of tests and external competitions.

Olga Aivazovska, OPORA’s chairman and one of the jury members, said that she was surprised by the popularity of “Directly”, the public restrooms app. However, she added, this choice was made entirely in the spirit of the competition – the app makes the life easier for the city dwellers.

Incubation of the winning apps and services will take place from the 5th of December 2016 to the 31st of March 2017.

For more information about the Apps4Cities Challenge visit the official site and our social media channels on Facebook, and Twitter. 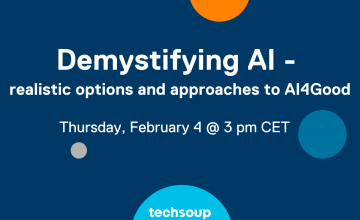 It feels like AI4Good is going to be the BlockChain4Good of 2021 – lots of people talking about it, lots of hype and donor interest – but what does it mean for civil society really? Where is civil society already engaging? And if I were interested in leveraging AI, where would I begin? Join our […] 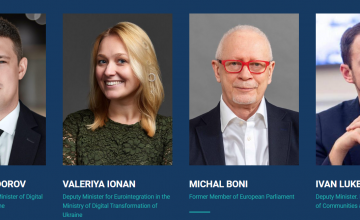 On Friday, November 27, 2020, we completed the fourth edition of the Personal Democracy Forum Ukraine. This time, due to the ongoing coronavirus pandemic, it took place online, and thanks to live streams in social media, it reached over 20,000 users!   This year’s # DFUA2020 program focused on the local dimension of digital transformation. […] 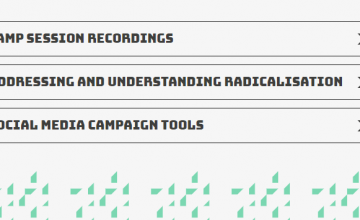 Below, you will find some of GAME CHANGER CAMP highlights and access to resources presented during CAMP as well as some of our CAMP-goers favourite sessions. About Game Changer The aim of the Game Changer project is to support NGOs, CSOs, and activists every step of the way in guiding young people to create youth-led […]