Optimism and Humour in Communication – Lessons Learnt During Tech4Stories Workshops

Public participation in Bucharest seemed like an abstract thing just 10 years ago. But now more and more citizens are determined to take their city back and have a greater impact on the decision-making processes – says Silvie Boeriu from CeRe, an organisation that helps citizens solve the problems of their communities. During our Tech4Stories workshops she worked on a campaign called “Don’t wait for Superheroes. Take your city back”. What are her lessons learnt? 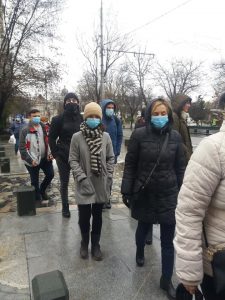 Photos from CeRe archiveThere are two basic issues which Silvie and other members of CeRe are constantly discussing in order to make their work more effective. First one: why are people in Bucharest so reluctant to engage in civic actions? And also: how to make things easier for those citizens who are willing to solve the problems appearing in their neighbourhood, but have no idea how to start?

“We could use a positive message here in Romania”, says Silvie.

That is why they came up with an idea of “superheroes”. These are the ordinary people who don’t wait for the local government to come and ask what their needs are but instead, they take the matter into their own hands. 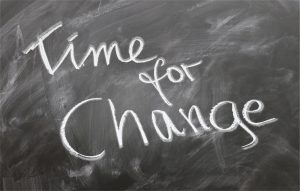 The campaign looked great on paper. But what’s the best way to make it work? Tech4Stories workshop was an opportunity for CeRe activists who already knew what was their goal but had trouble defining the components of a future campaign.

“Who is our target audience? What kind of narrative should we offer to them? How to make them interested in our message? These were the issues we needed to work on”, says Silvie.

They already had the intuition of why people don’t engage in civic actions. Tech4Stories workshop made them think more in-depth. Do the citizens actually feel reluctant – or rather powerless and hopeless? What kind of message would change that? Is optimism the key to make people listen to what their organization proposes?

Brandon Oelofse from RNTC, Tech4Stories trainer, suggested that the positive message CeRe can offer to their audience should be different from the one that is usually shown by the media and government agencies.

The training also made them realize that they shouldn’t be afraid of including humour in their narrative.

“If we do this campaign one day”, Sylvie adds, “we will tell our audience how precious their engagement can be. And we will not be afraid to show optimistic examples – like the woman who solved the garbage problem on her street. It may seem very casual, but this is one of the cases that have a potential to make people smile – and reflect on what they can do about their own communities’ problems”. 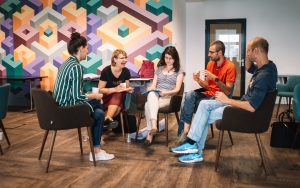 “The second step for us would be creating a digital toolkit showing how specific problems can be addressed. You need the additional lamps to be installed in the park where your children play? Or maybe you want to know how to write a petition? Or clean up your street? Great, now you can check the website which offers practical tips and solutions. Creating such a website is our long-term goal”, she concludes.

And you? Do you use optimism and humour in your communication?

Learn more about Tech4Stories project that was possible thanks to the Charles  Stewart Mott Foundation. 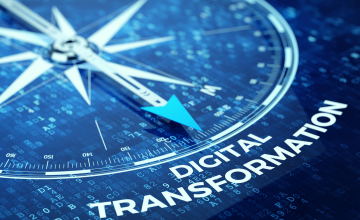 TechSoup Europe is shaping its education strategy. Thanks to European funds, partners can meet on a regular basis, exchange best practices in developing and implementing training programs and create new ones! DIGILEAD – Advancement of Digital Transformation of Social Sector with the Use of Open Badges Recognition System November 6 -7, TechSoup partners cooperating within […] 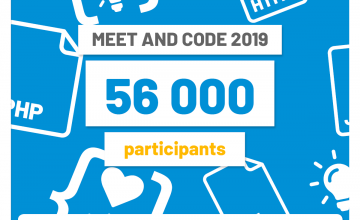 More than 56,000 Children and Young Adults Participate in Coding-Events across Europe 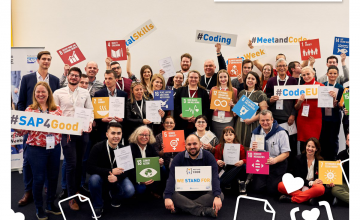