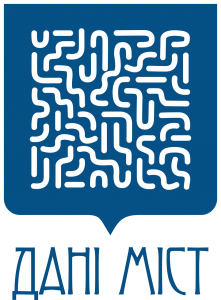 With the support of National Endowment for Democracy, TechSoup Europe was able to help Ukrainian city officials embrace the open data movement. As a consequence, the cooperation and engagement of city officials and citizens improved significantly and has resulted in 35 cities in the open data community, twelve data audit reports, 600 open data sets, eighteen workshops, Open Data Handbook, an online service for the education sector and seven open data city platforms.

TechSoup Europe believes that democracy assumes the right of the people to freely determine their own destiny. We also believe that technology is a great tool for supporting citizens and officials in accessing information and knowledge to collaboratively shape democracy.

We use our open data experience from the region to build bridges between civil society, governments, and IT specialists. By making data transparent and accessible, we empower local authorities to open and access the knowledge and insights gained via data, which can then be used to improve the local life of Ukrainians. 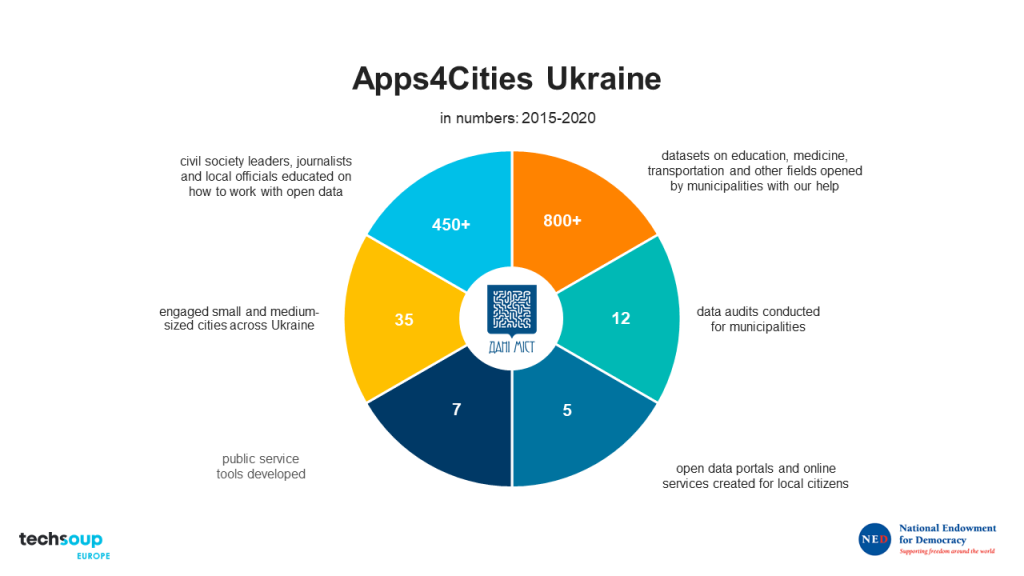 Cooperation with Cities and Activists

It’s been five years in a row that TechSoup’s work on championing open data in Ukraine has been appreciated by our main donor partner – the National Endowment for Democracy (NED)!

We invited our community to participate in an online competition of ideas for the best public service tool that would solve a specific problem of citizens. From among 16 projects submitted, we selected the best two which we help to develop into online services for citizens! 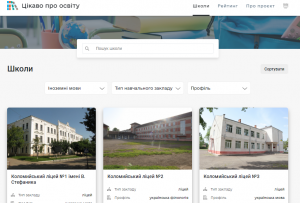 Since 2019, we cooperate with GURT Resource Center and our community of 30 small and mid-sized cities that joined open data movement. Together we enabled civil society leaders and city officials from the community to gain new knowledge and skills regarding accessing city data that can be used by activists, journalists or businesses to improve their citizens’ life.

📌60 people joined 3 two-day-long workshops on data cleaning and visualization.
📌We conducted 7 data audits and produced 500+ open data sets.
📌We opened 3 open data portals and released Open Data Handbook based on our research on the development of open data policies in Ukraine.

In the second edition of NED funding for Apps4Cities we decided to work with small and medium-sized cities. We chose Kolomyia, Rivne, Mykolayiv, Voznesensk, and Uzhgorod out of 55 that applied to our open call for participation. We offered them comprehensive support towards embracing the steps towards openness policy in their cities: training, workshops, data audits, creating open data platforms, and online tools. We engaged and brought together both city officials and CSO activists, and together they learned open data methodologies and standards.

With generous support from NED, and together with local partners, we proudly add our small bricks as part of the foundational process of reforms in Ukraine by:

Over 500 officials and CSO activists attended fifteen workshops on how to work with open data, including collecting, analyzing, cleaning, and visualizing it.

Another step on the way towards the complex implementation of the open data policy was data audits to assess the condition of available data. Then, taking into account citizens’ interests about the most important public services, we worked with the cities to, thus far, open 56 datasets provided by 20 municipal institutions in at least 8 thematic areas (education, spare time, advertising, medicine, finances and economy, housing and communal services, transportation, city council and other) — and this process will continue.

Underlying this data, we were able to build three open data city portals. The goal is for these portals to be used in such a way that they can provide transparent information to do things like save budget spending on electricity or public procurements (based on open data it will become more efficient and controlled). In fact, last year the open data sector’s contribution to Ukraine’s economy made USD $700 million (based on Kyiv School of Economy’s research). By 2025 it has been modestly estimated that the share of open data in the country’s economy will amount to USD $1.4 billion. The largest part of this growing sector will be created by local, small to mid-sized communities and municipalities.

We can already see how this data is being used in cities. Data opened by municipalities via this project was used to create the Good Education web service – an idea that was initially born during the first edition of Apps4Cities/DaniMist. We scaled this idea by connecting social activists and IT specialists to develop a tool to improve citizens’ lives: Good Education maps nurseries, kindergartens, and schools in Ukraine to help parents choose the best education option for their children – a stressful and difficult period of time for many parents making this decision.

Apps4Cities started in June 2016n was a joint project of  TechSoup Europe and Civil Network OPORA a renown Ukrainian watchdog organization with branches in main cities across the country supported by the National Endowment for Democracy (NED).

The process, which combines data research and sourcing with an app challenge, was inaugurated during Personal Democracy Forum Ukraine, an international gathering of transparency and accountability activists. A series of educational and community-building meetups followed the event, leading to sourcing ideas and developing projects in a challenge format. In order to facilitate access to open public data, an open-source platform was set up and 166 public data sets gathered there; many of which were published for the first time thanks to FOIA requests sent by OPORA.

The next part of the project was Apps4Cities Challenge – a competition for the best city apps built upon publicly available open data.

The format of the competition gave everyone an opportunity to develop services which would be useful to city inhabitants and encouraged cross-sectoral cooperation between team members and a variety of different community stakeholders. All teams developed their products based on publicly available data. Three winners were determined by the jury, while one team was selected by the people through online voting.

Meet the winner apps which make life easier for the city dwellers: 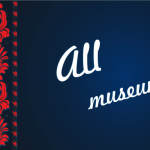 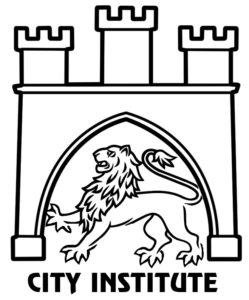